It is Monday morning 7:30 am again. The week begins again. As an entrepreneur, you are (albeit perhaps after a first cup of coffee) bursting with energy again! A new week full of opportunities to attract new customers, devise new strategies and send orders.

And although you're looking forward to this new week again, something immediately gnaws at you: you have to do something you're dreading or simply don't feel like doing.

The more the day (or week) progresses, the more that one task starts to gnaw at you. An unhappy client you need to talk to? Administration you don't feel like doing?

This is how procrastination starts. You'd rather do the other things you enjoy more, or that make more money first. While you push that one tedious task further and further away. But still: you have to do it sometime!

Does this sound recognisable? Then you suffer from procrastination!

What exactly is procrastination?

Procrastination is actually quite a simple phenomenon. Namely, you put off a certain task or activity. Sometimes until you simply can't put it off any more. But sometimes also until you forget about it, or the deadline has passed.

Procrastination literally comes in all forms. Short-term, long-term. For something that takes a lot of time, or just very little. Private, or just business. I think everyone recognises at least one of the points below:

Tackling procrastination comes down to discipline and a bit of personality. Some people experience procrastination more often than others. Or, on the contrary, procrastination stops faster. Because while procrastination is not always a bad thing, it can certainly have drastic consequences. For example, failing to meet an important deadline, causing you to miss out on a great opportunity.

Procrastination behaviour is also linked to psychology. This is because there are several causes of procrastination, which is linked to your personality and how your brain functions. Tony Crabbe gives three main reasons for procrastination in his book Never Too Busy Again:

Pushing forward: You do something else first before you start on what you were actually supposed to do. You push it forward.
Inertia: the resistance of a physical object to any change in its speed. In other words, in the context of procrastination: it's hard to start this task.
Maturity: you are sluggish or languid; you are not in the mood to start what you need to do.


The effect of procrastination on your productivity

While procrastination often doesn't have a big effect on your business - assuming you don't procrastinate for too long, of course - it does affect you as a person. In the long run, it definitely shines through to your business.

Because the longer you put something off and thus dread something, the less comfortable you are in your own skin. You know you have to do something that you are putting off, so your feelings will also play a role: guilt, a nasty gut feeling and your sense of responsibility, which tries to push you to complete the task.

This combined will make you uncomfortable in your own skin, making you less productive. Even though you may not experience this: subconsciously, a lot is going on. Every time you think of that one task, you get pulled out of your concentration and distracted.

This violates your time management strategy as an entrepreneur. And time, you already have so little of it. All the more important to organise your time as efficiently as possible!

Think for yourself to what extent procrastination is a problem for you and how it affects your business.

Enough with all the dejection about procrastination. Because, now that you realise that you also sometimes procrastinate on tasks and what (possible) effects it has on your business, it's time to tackle procrastination! That's why we have compiled a list of 5 tips.

#1: Chop the task into small pieces
Is it going to take a lot of time? Or does it contain many different elements? Then chop it up into small pieces. For example, work on a chapter every morning for a week and then focus on something else.

With all those smaller tasks, you also have something to keep ticking off. This way, you will also feel like you are making more progress, so you will finish it faster than you realise! ;-)

#2: Always keep it on your to-do list
Of course, you'd prefer to 'forget' that annoying task. We get that. But, it has to be done! The longer you put it off, the further you put it away in your head.

But, you don't forget if it's on your to-do list! You might be caught off guard every time you read it, but maybe that's exactly what you need to stop putting it off.

#3: Schedule a set time to do your task
You don't feel like it, look forward to it or it takes up a lot of time. All legitimate reasons to (want to) put it off. But what if you set yourself a time to start your task?

Before you start your day, choose a time to throw yourself into it. That way, you split the day and you can also focus on things you find more fun or important.

For example, choose to work on your chore from 11:00 to lunchtime. That way you have a set time frame and round off with a reward: lunch!

You can also choose to do it at the end of your day, say from 15:00. But, keep in mind that your concentration is no longer optimal at the end of the afternoon.

#4: Set a deadline (even when there isn't actually one)
We humans have a habit of taking as long to do something as you have time to do it. So if you don't have a deadline, you iron out a task for a long time. This is also known as Parkinson's law.

In other words: if you have to finish something in a month, you will take a month. If you set the deadline for next Monday, you will get it done before then. Assuming you set a realistic deadline, of course. ;-)

Setting a deadline makes you more efficient with your time and eliminates procrastination.

#5: Do it first thing in the day
Now what if you just did that one task or assignment at the beginning of the day? Just to get it over with immediately and stop thinking about it. It's done and you can focus on more important or fun things.

This strategy against procrastination is even more useful if you are dreading it. Once you get it done, you often get energy and a sense of relief, which in turn has a positive effect on the rest of your working day!

Everyone suffers from procrastination. For different reasons and to different degrees. The most important thing is to make sure it doesn't get in the way of your business. For example, because you have been putting off something for so long that you now miss a client, or because you don't have your administration in order. So keep yourself and your procrastination under control.

How you tackle procrastination depends on your personal preferences. But, for every job, there are always things you don't like or dread. How you deal with them is up to you. Whether you put a deadline on it, do your task right at the start of the working day, or chop it into small pieces: deal with your procrastination in your own way.

And don't succeed immediately? Then don't give up! Tackling procrastination takes time and effort, because you have to change the way you work. And that is not as simple as it seems.

So, which procrastination strategy will you try first? 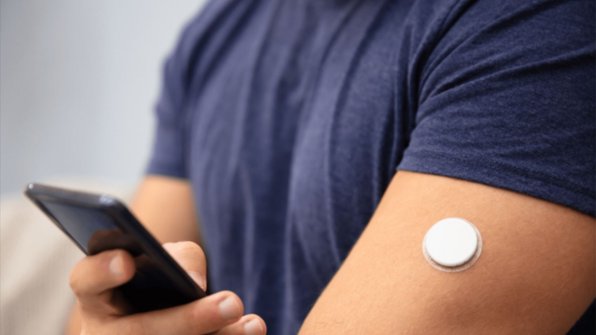 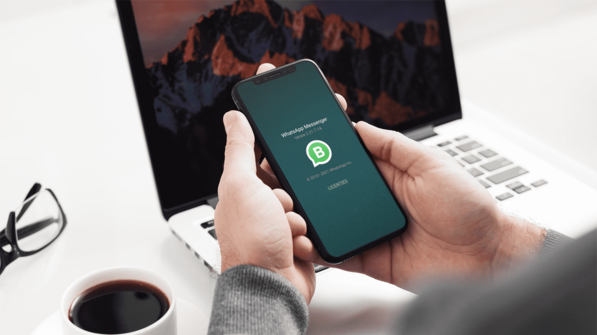 Everything you need to know about WhatsApp Business: costs, benefits and more!