It was a weekday evening in 2014. Somewhere in a dark attic in Hellevoetsluis, you could hear clicking keyboards, creaking chip bags and hissing beer caps. It was the sound of the first lines of code being written for Rinkel, the 'hobby on the side'.

2014 became the beginning of a beautiful collaboration between two former classmates; Jesper and Jeroen started creating a fixed-line telephony solution this particular evening. What started (however cliché) as a hobby grew into a fantastic product that 5,000 entrepreneurs now use! After this great milestone, it was high time to ask the gentlemen from Rinkel some questions.

5,000 customers! Was this milestone planned in 2015?
Jesper: "In May 2015, when we launched the platform, that seemed like a pipe dream. But once we were up and running for a while, we saw the potential and growth.

Jeroen: "So I recently dusted off our first business plan, which then said that we hoped for 3 new customers a day. That was our goal... If we achieved that then Rinkel would be a 'success'. Now that we could welcome the 5,000th customer, we had to laugh a bit about that."

Why is Rinkel such a success?
Jeroen: "Besides the fact that the product is ideal for entrepreneurs, it is mainly because of our customer support. As entrepreneurs, we can naturally identify immensely with our customer. We know what they want." Jesper: "Yes, absolutely and certainly also the flexibility we have because we develop everything in-house."

Jeroen: "Telecom providers have had a bad reputation for years when it comes to providing support. Think long-term contracts, high prices and cupboard-to-the-wall service. We answer every question; do you call our support department? Then not only do you disconnect with a smile (Coolblue isn't our neighbour across the street for nothing) but as an entrepreneur you just feel like you are taken seriously."


Sour moment, we laugh about later

What can you guys laugh about now?
[Looking at each other funny] Jeroen: "Do you have a minute? Actually, you almost can't escape it when you start a business. Things go wrong, sometimes several things at the same time; eventually you pick up and come out better." [To each other] Jesper: "But you are also thinking about crowdfunding right?" Jeroen: "Oh certainly."

Jeroen: "We had a plan to crowdfund our marketing budget for the launch of Rinkel. The goal: €50,000 in exchange for 10% of the shares. To promote the campaign, our "PR guy" from the crowdfunding platform had arranged for us to pitch our company at the "Week of the Entrepreneur". We thought: a great opportunity to bring Rinkel to the attention of potential investors!

Jesper: "After a few weeks of preparation (practising the pitch, making flyers, etc) the time had come, we finally got to go on stage to present Rinkel and (we hoped) raise money from investors in the audience. A tech company in front of big audiences, you can imagine I was looking forward to it immensely..."

Jeroen: Haha, the pitch was led by Rens de Jong (a.o. of BNR), and at the kick-off of the event, he announced us to the audience with "Today's theme is the Elevator Pitch... and just to give you a taste of what an elevator pitch looks like, today we have the duo from Rinkel!", which turned out to be; "PR guy" had misinformed us. Our pitch was only meant as an example for other start-ups, there was no investor in sight. A casual (female) passer-by was willing to invest 50 whole euros though.... Jesper: "Yes, you thought because of your ferocious appeal right? Jeroen: "Haha."

Jesper: "In retrospect, we're only too glad it didn't go ahead. Nice detail though: both Rens, "PR Guy" and the casual passer-by later became clients."

Read the whole story of Rinkel and the crowdfunding adventure.

What is convenient about your collaboration?
Jeroen: "Our history, we've been dealing with each other for beards (15 years)... Jesper: "Literally beards yes. From classmates to compartmentalising, to being self-employed at the same client. We did experience some things yes." Jeroen: "I think we balance each other nicely; me as the optimist and Jesper as the pessimist. We are usually on the same page and if we are not, we always manage to find the middle ground."

Jesper: Yes, I think in the end a natural division of roles also grew. At first we meddled in everything, because we are both bad at handing over tasks. But now Jeroen picks up more business and commercial activities and I stay nice and busy working on the technology.

What is the best Rinkel moment so far?
Jesper: "Pooh, every year has something actually. In any case, hobbying with the first version in my attic in 2014 will always stay with me. This just had something."

Jeroen: "I also find it difficult to pinpoint a specific moment, we are not really into milestones actually (although 5,000 customers is undeniable). What I can say is that 2020 has been the best year so far, despite COVID. With our move to a state-of-the-art office in the Delftse Poort, a doubling of the team and a huge growth spurt, we have suddenly turned from a Start Up into a Scale Up and that in turn brings great prospects (and challenges)."

What are the future plans?
Jesper: "Exactly how to continue". Jeroen: "Jesper doesn't like change very much."

Jesper: "Haha. No, but I think our next milestone will be 10,000 entrepreneurs. Let's think about that." Jeroen: "Yes, it's actually bizarre (and I think every entrepreneur catches himself doing this) but when our customer counter was at 4,500, I was actually already thinking 'when will we reach 10,000'? If you're working towards something, you always end up wanting more. We don't like endless backlogs and roadmaps for years ahead, the way our target group (entrepreneurs) works just changes so fast. Just look at this year, unpredictable. We pull small sprints every week, by doing so we take careful steps towards the bigger goal: freeing entrepreneurs from the curlicue!

What would you like to give other entrepreneurs
Jesper: "As a techie, I occasionally get questions from fellow techies about setting up a SaaS service. The biggest tip I can give here is: don't focus too much on the technology. As a techie, it's a trap to wait for perfection, but by doing so you lose precious time. Jeroen: "Yes and don't focus too much on the traditional figures (turnover, profit, etc), you have an accountant for that.

What we want to say with this is; don't aim for perfection right away, your product is still developing. In addition, spend a lot of time on your customer (satisfaction). There is no better marketing channel than that. If you can turn your customer into an ambassador, the rest will come naturally." 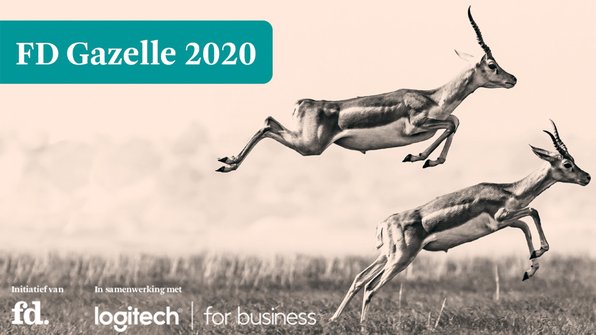 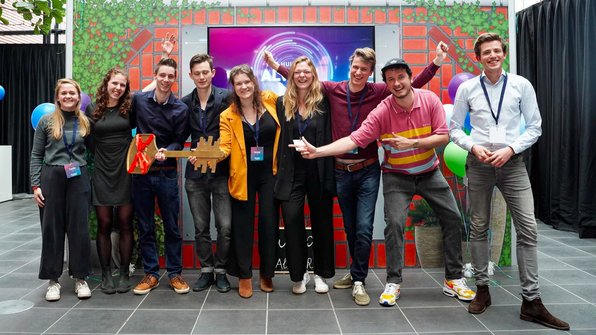 Update: Do more in the app!