Who doesn't know them: 085 numbers. You've probably been called by them, or called them yourself. The internet and the Yellow Pages (do they still exist?) are full of companies that can be reached on a 085 number. Think of your favourite clothing shop, or the many e-commerce companies in the Netherlands.

These companies are well aware that every impression counts with consumers. A company with an 06 number as customer service, office number or on the contact page? We still often pass for that. And this affects your sales.

085 numbers are especially popular with freelancers and small businesses. For example, because it gives them a national image without spending a lot of money. But 085 numbers are also an excellent choice for larger companies. With a fixed-to-mobile solution, such as Rinkel, you can always be reached on your fixed number. Without having to stay at your desk or office to do so.

A 085 number is not just the phone number. You can directly set many preferences yourself here. Such as a welcome message, professional voicemail or a choice menu.

Want to know more about whether a 085 number is the right choice for your company? Then be sure to read on! ↓

The best choice for small business owners and freelancers

Is a 085 number the best choice for you as an entrepreneur or self-employed person? Often it is! But not always. We're pretty honest about that. Because say it yourself: your local bakery or butcher on the corner obviously has no use for a 085 number. Just like the local taxi company. They would benefit much more from a local phone number, such as 010, 020 or, say, 050.

To determine whether a 085 number is the best choice for you, you need to make some considerations:

In all these cases, a 085 number at Rinkel is the best choice for your business.

Do you work mainly at a local level? Then consider a local telephone number. This gives you a fixed business telephone number and you enjoy the same benefits as a 085 number. Only with a regional appearance instead of national. Choose your region from the list and get started today!

We have plenty of regional phone numbers directly in stock! Think 070 area code of The Hague, 036 area code of Almere or a 020 number of Amsterdam! So also from your region. :-)

A 088 number for your business

A 088 number is a good choice if your company meets the following conditions:

However, there are some snags with a 088 number:

Are you convinced that a 088 number is the best choice for you? Choose your 088 series directly from our database.

A 085 number shows that you are a professional company calling compared to a 06 number. When you call a 085 number, you always call according to local rates. So you can be sure you never call too much. This is different with 0800 and 0900 numbers.

0800 numbers: A 0800 number is often used by, for example, taxi companies or companies that offer free services or information. They choose a 0800 number because that way they can always be reached free of charge. This is because the costs for the telephone call are for the owner of the telephone number.
0900 numbers: As a caller, you do pay for a 0900 number. The owner of the phone number decides in advance what the price per minute will be. This may cover costs, but the owner may also want to make a profit from his or her 0900 number. Many companies choose a 0900 number for, for example, a complaints line, ticket sales or urgent enquiries.
But, please note: a potentially big disadvantage of 0800 and 0900 numbers is that they can only be reached from the Netherlands. You cannot call 0800 or 0900 numbers from abroad or via a foreign phone number. So if you also do business with companies from abroad, this is not an ideal choice.

Getting the most out of a fixed number for your business

When you invest in a fixed telephone number for your company, you naturally want to get the most out of it. That's how we think too. That is why we have built many different functionalities into the My Rinkel environment that will undoubtedly benefit you.

Think about professional voice-overs (or recording your welcome message yourself, for instance), transferring calls to colleagues, a voicemail or even a choice menu. And all customisable! This immediately makes your company look a lot more professional and reliable. Win-win!

Also nice: nowadays you can use your landline phone number to speak to customers and prospects via WhatsApp! You do this via WhatsApp Business, which in turn is separate from your own WhatsApp. In any case, we find it very convenient!

Read more about the advantages of a fixed telephone number for entrepreneurs in our other blog.


How does a 085 number application at Rinkel work?

085 numbers are not regulated by the Consumer & Market Authority like 088 are regulated. This means that the 085 numbers we offer are under our control. And that's good news for you, because this means you can be reached immediately after requests! No waiting time of several days, but simply arranged within 5 minutes.

At Rinkel, we have a large database of available 085, 088 or regional phone numbers for you to choose from.

Rather try it out first? That is also possible with Rinkel! Start your free trial.


The history of 085 numbers

085 and 088 numbers are nowadays known as business numbers. These phone numbers are not tied to a specific region in the Netherlands, although that used to be different. To better understand what 085 numbers are used for and how they came to be, we'd like to share that history with you.

Although they are now fully established, 085 numbers in their current form have not been around for very long. In 2006, they were created by the OPTA (today's Authority Consumer & Market). These 085 numbers were added to the national numbering plan in July that year.

Before 2006, companies could only choose 0800 and 0900 region-independent phone numbers. With the extension of the numbering plan to 085 numbers, entrepreneurs could make and receive calls at local rates. This is in contrast to 0800 or 0900 numbers, where the cost is either entirely for the owner or entirely for the caller.

Whether a 085 number is the right choice for you and your business? You have to make that choice yourself. But we do hope that we have given you some pointers on which you can base your choice.

In any case, our current customers are very happy that they took the step to purchase a 085 number from Rinkel. Take Jesper from Bakkeveen, he wrote this review on 23 October 2020 that you might relate to:

Are you all set? Super! Find your 085 number right away.

Also interesting: Rinkel uses the GSM network instead of the 4G network. This means you can always be reached, even when you have switched off your mobile data. This is unlike VoIP telephony, where you always use your 4G or 3G. In addition, the 3G/4G/5G network is a lot more unstable than the GSM network. The bottom line is that with VoIP, you will be more likely to drop or falter. This is obviously not ideal for entrepreneurs and for us it was the choice to opt for the GSM network. 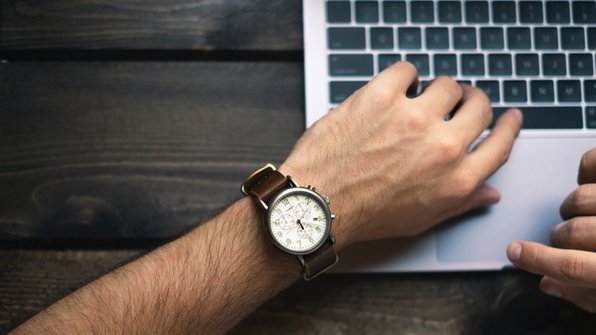 Spotlight: Coloured Goodies - Where perseverance is the key 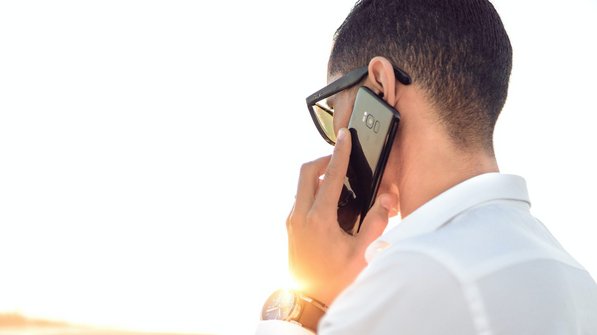 Phone forwarding: What is it and how does it work?